Edquake is an earthquake literacy application developed on mobile phone platform due to the fact that mobile phones are more likely to be with people in disaster situation. Apps can be a potential informative tool and guide before, during and after a disaster.

Edquake is basically an android game that tells stories by the means of animations. Unlike traditional educational videos for earthquake literacy, this app will allow users to experience consequences of good and bad decision-making under different circumstances. Because of this, user decision will also impact story telling. Additionally, the app also utilizes interactive and game based quiz modules. Researches show that gamification has positive influence on educational engagement. Overall Edquake uses texts, audios, videos, badges, quizzes, points, stories and characters to educate user on preparation for earthquake and decision-making during and after earthquake.

The application home screen allows users to start a new game, resume from where they left off previously, change game settings such as sound and language settings and submit their score to leader boards, and quit the application. It also displays current user name and character selection along with all the badges that the user has won. 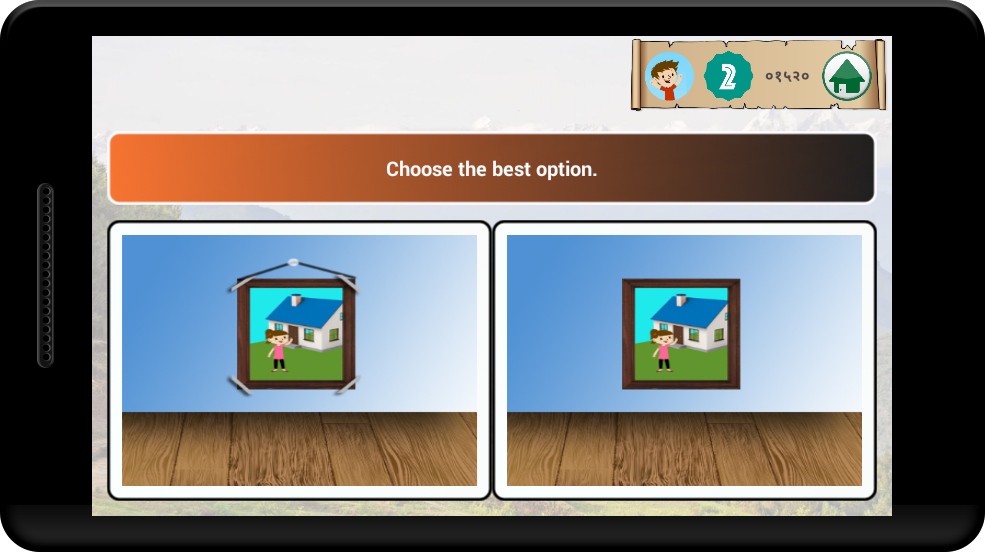 Engines have been setup to support quiz platform. Quizzes produce better organization of knowledge by helping the brain organize material in clusters to allow better retrieval. It also identifies gap in knowledge and lets people know what is learned and what is not. 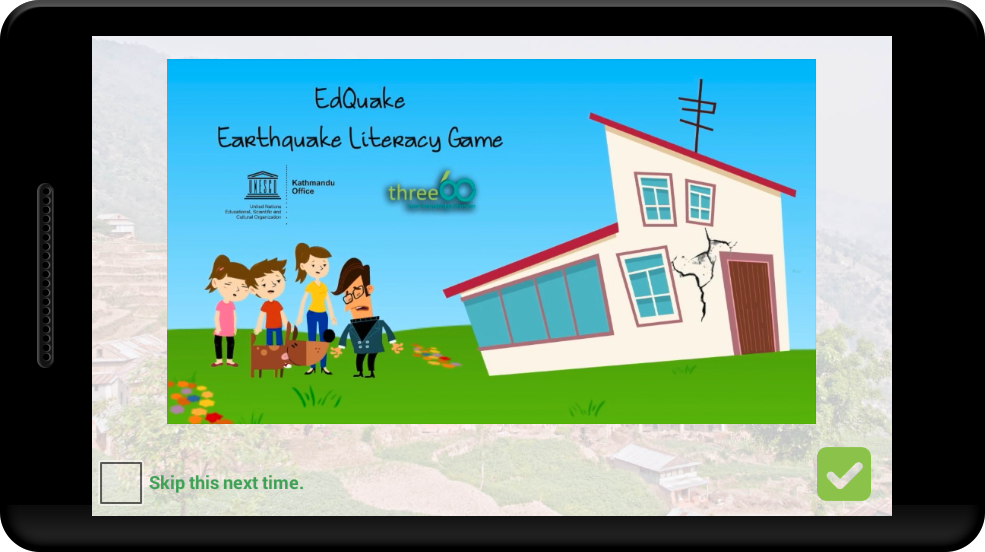 Edquake features cool and fun videos, which support a series of storytelling addressing to different type of circumstances and safety tips regarding the effects of earthquake.

Upon completion of a milestone badges are provided to users as an incentive to the players that makes the game more engaging and interesting. Similarly, it allows users to share and boast about their badges on social media platforms such as Facebook and Twitter. 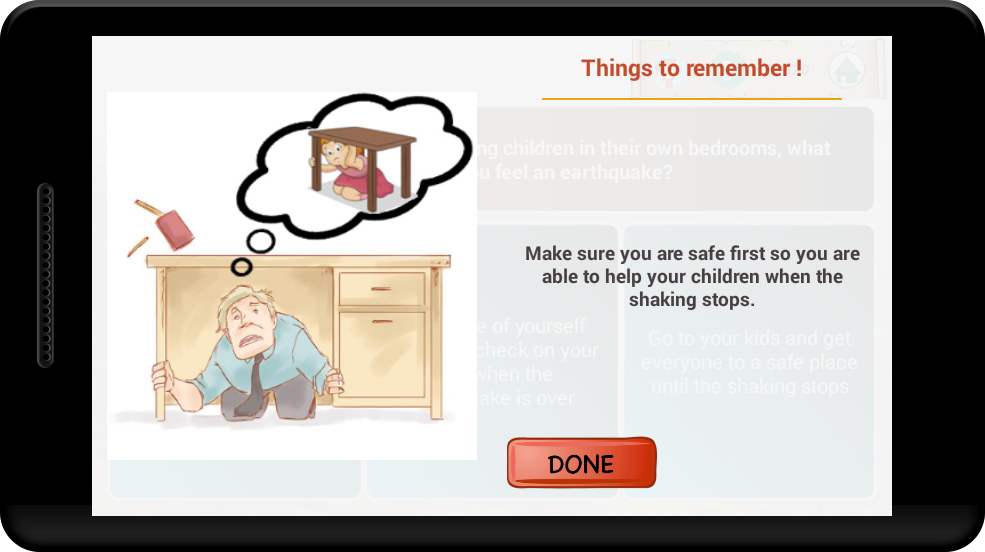 After each quiz activity, an additional tip with illustrations is shown to make the game more informative.

The project Edquake was Unesco’s project as a part of ICT in disaster risk reduction. I was involved in project planning, execution, testing and delivery of the application. Some of my tasks include quality assurance where the look and feel of the game was experimented with different variations so that the best was delivered. The game was tested and played time and again to ensure quality. All of this process from conceptualization to delivery was documented time and again and updated to UNESCO in the form of proposals, progress reports and final reports. The final content developed into Quiz Modules was presented in the UNESCO Workshop titled “Dissemination Workshop on DRRM Toolkit for Teacher Trainers and DRR Focal Persons” for content verification. The official website of the game was launched and the website contents were phrased and improvised in accordance with graphics. During my work in the project, the few important inferences drawn are:

While working with UNESCO, we initially designed a product focused on a generic market. But ultimately we had to customize according to the exact requirements of UNESCO. This did not necessarily hamper the quality of the product but a lot of differences in opinions were found owing to the fact that design is very subjective. It is always best to follow certain standards on design like the Google’s material design.

While developing Edquake, I was involved in conceptualizing gamified elements as informative contents. It was a challenge how game engines could be best used to express information regarding the earthquake preparedness.

According to the study by Traci Sitzmann, the game becomes the most powerful teaching tool increasing engagement and retention of a learned content by 90%. https://game-learn.com/growth-gamification-digital-learning-games-education/

I had to work on the content part. There can be a number of contents that can be found allover regarding an emergence situation like disaster preparedness. But for me it was a challenge to filter those contents that incorporates well with the game engine. Contents were developed in the form of Quiz Modules and integrated in the game engines as Drag and Drop Activity, Multiple Choice Questions, True/ False, Illustrative Tips etc. The story plotting was done for the Public Service Announcement and Video Activity in the application.

Importance of built in social sharing

Social sharing option in mobile games gives the user a platform to share their experience. It is also a means of creating a chain of word of mouth marketing. While developing Edquake, we had to decide on which point should we built in social sharing option. The game was basically about learning and preparedness towards earthquake. It had levels on completion of which the player earned badges and certificate after finishing the entire game. We decided that when the player succeeded a level, the game provides a quick and easy social share button in order to post the accomplishment to social media sites like Facebook and Instagram. Also the application allows users to submit their points to a global leaderboards system. This will allow users to compete with other players. People like to share their positive achievements, it encourages them to play, might also seed their followers and friends to play and yes it is definitely a fancy feature to have.